A solution that combines two forms of next-generation Retinoid to help improve the appearance of ageing and acne-prone skin.

The solution works to visibly fight signs of ageing without irritating the skin.

a) A 2% concentration of Granactive Retinoid which is a complex of solubilized Hydroxypinacolone Retinoate (HPR). HPR is a highly-advanced form of retinoid which is, in fact, a non-prescription ester of all-trans direct retinoic acid that offers a multi-fold better effect against signs of ageing than retinol, retinyl palmitate and nearly all other forms of non-prescription retinoid;
b) A sustained-delivery form of pure retinol in a protective capsule system which supports both the delivery and the effect of Granactive Retinoid.
Both forms of retinoid used avoid the irritation associated with retinoids (including retinol) use while delivering better visible results against signs of ageing.
This product uses next-generation retinoid active technologies which have been shown to achieve better reduction in signs of ageing than retinol without irritation. These technologies cannot be compared directly with retinol itself in terms of concentration because they include a different retinoid molecule, in a similar way that Retinol cannot be compared with Retinoic Acid in terms of concentration. If you have interest in a retinol white product, please refer to our Retinol portfolio above which products contain pure retinol and cost less since many retinol technologies cost less than their next-generation counterparts like Granactive Retinoid.
Caution: Retinoids can make the skin more sensitive to UV radiation. Sun protection is particularly important when using retinoids. This product must not be used in conjunction with other retinoids including retinol or retinoic acid. This product is not a treatment for acne. Acne-prone skin may experience a temporary increase in acne during the first few weeks of using any form of retinoid including those used in this formulation.
Directions
Apply a small amount to face in the PM as part of your skincare regimen, after water serums but before heavier treatments. Do not use with other retinoid treatments. Avoid unprotected solar exposure. Store in a cool, dry place.
Ingredients
Aqua (Water), Glycerin, Ethyl Linoleate, Propanediol, Caprylic/Capric Triglyceride, Dimethyl Isosorbide, Cetearyl Isononanoate, Bisabolol, Hydroxypinacolone Retinoate, Retinol, Tasmannia Lanceolata Fruit/Leaf Extract, Inulin Lauryl Carbamate, Glyceryl Stearate, Ceteareth-12, Ceteareth-20, Cetearyl Alcohol, Carrageenan, Xanthan gum, Acacia Senegal Gum, Cetyl Palmitate, Sucrose Laurate, Polysorbate 20, Isoceteth-20, Behentrimonium Chloride, Trisodium Ethylenediamine Disuccinate, Disodium EDTA, Dehydroacetic Acid, Benzoic Acid, Ethylhexylglycerin, Phenoxyethanol, Chlorphenesin.

There are no reviews yet. 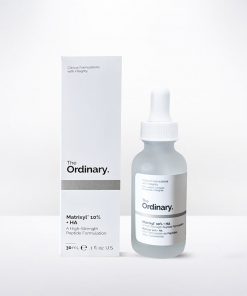 The Ordinary Hyaluronic Acid 2% + B5 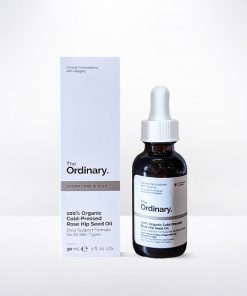 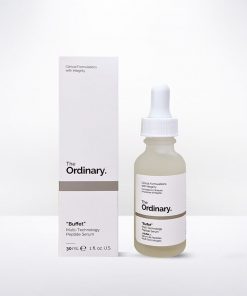 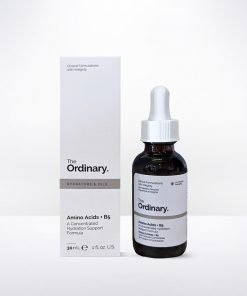 The Ordinary Amino Acids + B5 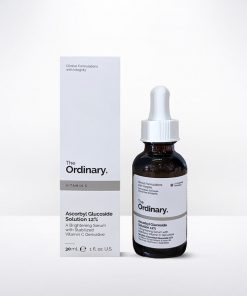